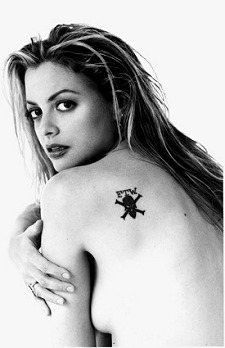 I read this recent piece by Elizabeth Wurtzel with a mixture of recognition, sympathy, fear and frustration. Wurtzel is constantly derided as a pointless narcissist, but she has a lot of texture. Yeah, she’s absorbed in herself, but she submerges beautifully. She gives us something to marvel at in the process. There’s a nakedness to her words that’s more naked than any picture of her out there.

I don’t always agree with everything she says – in fact, sometimes the things she says make me scream or else laugh with derision. I was appalled by her curt dismissal of the suffering in Gaza (but appreciated it when she said that she felt the anti-war demonstrations felt personal to her – it’s something few people on her level admit, and a good starting point for more discussion of the terrible conflict consuming my part of the Middle East). But I can’t get enough of her writing, either way.

I was particularly dismayed by the revelations in Wurtzel’s piece, because as much as she hates aging it’s plainly obvious that she’s getting better and better as a writer. We don’t often offer women like Wurtzel the space that we offer men who write in a similar style, about similar experiences – men writing about past hook-ups with regret are all troubadours composing elegies, and women are just trashy tarts who are being way selfish and shallow, right right right?

This is all the more a reason to rejoice as Wurtzel hones her craft, pares down her story into startling flashes of clarity: “…Bass players, editors, actors, waiters who wished they were actors, photographers,” she speaks of the men she cheated with when her relationship with a Nice Guy named Gregg failed to satisfy her. “Whoever said youth is wasted on the young actually got it wrong; it’s more that maturity is wasted on the old,” she laments.

I want to take her by the shoulders and deliver the following speech (I’ll memorize it, if I have to):

“Elizabeth, for the sake of all that is holy and equally unholy, don’t beat yourself up over Gregg. I don’t care if he’s a saint (and he’s not, you know). I don’t care if he cures cancer and single-handedly saves the human race from an invasion of a marauding alien species. You DIDN’T LOVE HIM. Yes, you should have broken the news to him without cheating. Yes, it was wrong and cruel and dangerous, considering the STD’s that are floating out there like plankton in the sea. But shit happens. I bet you a good pair of golden summer sandals (only twice-worn!) that he’s thrown a good deal of bottles at other women since then. You didn’t stay with someone you didn’t love out of a misplaced sense of duty, and if you had stayed, both you and him would be in a much, much worse place right now.”

There are two narratives overlapping in Wurtzel’s piece: one is that of beauty and how it fades, and another is that of how relationships can ultimately fail us. It’s a poignant piece, as open as a wound, and it’s bound to make people who think that they have it all together (but not really) uncomfortable. It’s very human and unsettling and has already attracted a reaction that starts out sympathetic and ends up kinda smug from at least one feminist blogger I read (Wurtzel won’t adopt any modesty on the matter and won’t act profoundly enlightened about the feelings that the aging process stirs up in her – so what? Let her be as bitter as she wants about her age, I think she’s earned that right, considering her capacity for depression).

If you are  insecure and prone to serious depression (Wurtzel is the author of the memoir Prozac Nation), you cling to the superficial aspects of yourself. It’s a calculated exercise in masochism. In many cases, you know what you’re doing, but you can’t stop. You’re pushing the drama button and it feels good. At least for a while. Impopssible standards feel good too. There’s comfort to be had in your own inflexibility, but as your circumstances change, the comfort fades and you are terrified.

Aging beauties, both male and female, have every right to exclaim “wow, this sucks!” when they decide that their best years are behind them. Aging can be difficult on all of us, and even for people who have never been as physically lovely as Wurtzel, looks can be something to utilize.

But it’s unfair, you’re going to say. Well, duh. We live in a world where men are viewed by many as active conquerors (it’s part of the reason why John Updike was rarely called out for the narcissism in his own writing, for example) and women are passive trophies. The function of a trophy is to glitter on a shelf. Then the shine begins to wear off and you’re getting discarded or simply forgotten. It’s more than just unfair. It’s disgusting.

But the flip-side of that is that beauty as a concept isn’t going anywhere.

Of course Wurtzel, having known both the power and (false) promise of her own looks, isn’t going to turn around and piously pretend that she’d never traded on them to begin with, or that they didn’t help her avoid dealing with her own inner problems. And this is where more people are going to rake her over the coals, because we all know that enlightened women don’t admit to stuff like this. And every beautiful man who has ever been pictured merely makes us curious as to what he thinks of Hegel, no way we’d ever want a one-night stand with him just because he’s sculpted like a god. 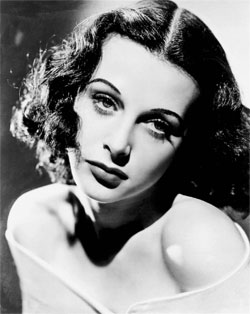 “My face has been my misfortune,” wrote screen legend Hedy Lamarr. “…It has attracted all the wrong people into my boudoir and brought me tragedy and heartache for five decades.”

While Lamarr was young at a very different time in history, you have to wonder how much has and hasn’t changed for a certain type of young woman. I think that when you look at the amount of money being made within the beauty industry, crisis notwithstanding, you’ll quickly see that human beings care about appearance as much as before, if not more so. And physical beauty bestowed on a girl who may not be particularly sure of herself can be dangerous and damaging, as dangerous and damaging as being teased for being the fat kid in class. Mistaking your own beauty for magic can end up taking its toll – and it can be hard to avoid that if you’re surrounded by people who try to convince you of the existence of said magic day in and day out.

I’ve always considered myself a rather awkward-looking girl, and I don’t think that this situation is going to get any better as I age. Like Pink, I think I “do make-up” well, but I can’t deny the occasional wish to be stunning.

“At least she’s gorgeous,” people would say of me. My beauty would, for at least a few decades, help cover up all of these gaping holes in my heart. I know the impulse is wrong, but that doesn’t make it any less real. And maybe this is what pisses people off the most when they read Wurtzel – she takes that Wrong and shows its shiny facets. It’s like a recovering drug addict describing these amazing sensations they had while high. “But this is creeping me out,” you tell them. “But it’s the truth,” they reply. This kind of truth can be as wrong and hurtful and compelling as any well-dressed lie, I think.

Beautiful or not, as you get older, your possibilities get narrower. You dream less and less, because you can’t afford it anymore. Even those of us who are incredibly good-humoured about the entire process have moments of panic about it. We can concentrate so much on doors that are closing that we miss the ones that are now standing open.

I’ve no doubt that in her own way, Wurtzel knows she has things better than most people on the face of the good earth do. I also have no doubt that her essay is as much about flirtation as it is about lament. It’s always been her trademark style, and I don’t see why she should give up on it at 41. She’s never apologized for her transparent desire to be everybody’s favourite Beautiful Mess, and I don’t think she should start doing it now.