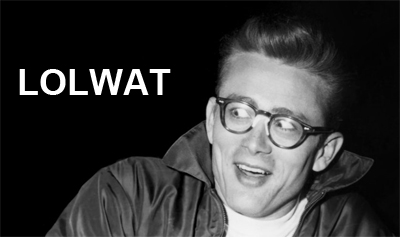 God bless the Kyiv Post. Here we are, waiting for the election exit polls to start rolling in, the weather is sunny, but cold, the dogs that Pan Chernovetskiy has allowed to run unchecked all over this great city are having a ball outside, and most normal people are in bed with a hangover. So what to do with myself on this fine Sunday afternoon? Be amazed.

Now, what’s amazing here is not the fact that such dehumanizing attitudes toward women, any women, exist. What’s amazing is that they are propagated so strongly by women themselves. I bet Yuliya Popova just wants to be one of the guys. Implicit in her statements is the old “dudebros, I feel your pain.” Also implicit in her words is the insistence that she, of course, isn’t anything like the women she derides via the platform generously given to her by the Kyiv Post. “Isn’t it sad about all those cynical whores/unfeminine bitches too focused on their careers? I would cry for the poor men. But it might make my mascara run.”

Come on, Natalia, you are saying to yourself. You’re old enough to know that sexism would never be as widespread if it wasn’t both covertly and overtly supported by women. Why do you always expect better from women such as Popova? Isn’t that its own form of sexism?

Perhaps. Maybe I just can’t get over the fact that Kyiv’s “leading English-language newspaper” keeps “leading” us into deeper and deeper bullshit. Hey, I get their agenda. It gets them attention, it gets a bunch of douchebags to sagely bloviate in the comment section, drives up hits, and drives up hits some more when it gets passed around by people like me. This doesn’t mean that such content sucks any less though.

The eternal question of “but why can’t a nice expat man find an equally nice woman who sucks dick more than once a day and ruminates on Voltaire once she’s wiped the come from her mouth and makes lasagna and profiteroles and never asks for shopping money yet somehow manages to dress like Carla Bruni and is wise beyond her years but always knows her place (whether it be on her back or on top or bent over the washing machine she thoughtfully runs every day so that his shirts are always clean) and has a great education but never makes a man feel as if he is *gasp* not as smart as she is and wants babies but will never expect their father to change a single diaper in his lifetime, nor will inconvenience him by losing her waistline” is a pressing one, to be sure.

I toss and turn at night, trying to find a solution. I have lost weight, concerned as I am by this dilemma. People ask, “Natalia, why do you look like such crap today? And I go, “I’m trying, guys, to solve a problem that’s just a little more serious than national debt and corruption in the public education sector. Give me a break, you insensitive assholes.”

A woman’s greatest achievement is offering herself up to a man, of course. I don’t mean sexually (I’m not about to start knocking sex on this blog), but, to borrow Popova’s own phrase, as a “universal package.” A woman must give her body and her soul, and never forget that she is the lucky one, as opposed to the man, or, really, the demigod in question. If she doesn’t like it, too bad. Ten others will be more than willing to take her place on the trophy shelf tomorrow.

This is all beside the fact that men must choose women. Never the other way around. If you’re not picked out of the line-up, on account of your trashy short skirt or constantly ringing Blackberry or whatever, sorry, sister; resign yourself to bitterness, financial destitution, and banging gross guys you meet at bars in Hydropark until you’re too old even for them, at which point you will die, in some flat in Borschagovka, your feeble cries for help drowned out by the neighbours’ bad rap music. 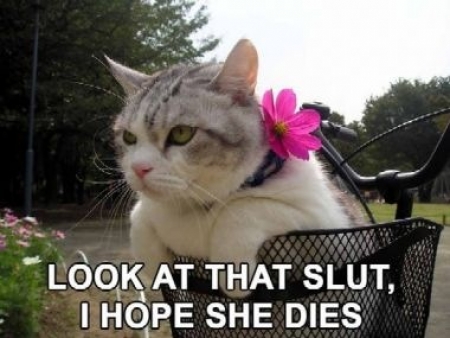 In this light, Popova’s column is really more akin to a public service announcement: Girls, do something with yourselves before the expat men all move on to raping child prostitutes in Thailand and the local men develop gout and ED just to spite you!

Men can choose to be single, after all. A single man of advancing years is a freedom-loving bachelor. We’d never feel sorry for, say, Jean-Luc Picard, for staying single. A single woman of advancing years, on the other hand, is a dismal hag, who ought to be performing harakiri on Independence Square, as opposed to knitting or babysitting her neighbours’ kids or working or doing whatever it is that single women do when they are no longer out there looking for a man to please. And if young Ukrainian women inspire lust as well as disgust, older Ukrainian women inspire outright disdain, particularly in the expats. Why are they crowding the buses and streets with their no-longer-fuckable bodies? Don’t they know that they are taking up valuable room?

If there is any wisdom that is to be derived from this morass, I think it is the following: everything in life has its price. When I say that, I don’t mean monetary value. I mean the shocking idea that life, in general, is not quite perfect, for anyone. When we are single, we complain about missing intimacy. When we are with someone, we complain about making sacrifices on their behalf.

We say that your typical chauvinist expat man moves to a poorer country to experience a “sexual fantasy,” but the fantasy, I believe, is bigger than that. The fantasy is the idea, the hope, even, that somewhere out there, life doesn’t run according to the rules: that it will be kinder, better, more accommodating. That in this new, exciting world, they will finally be owed. That they will get what they deserve, and nothing less. It is the same fantasy that men of any background, fairly insulated by their superior social position, can afford to entertain about women in general.

“Who are we to break their dream?” Popova seems to be asking. Well, fellow human beings, maybe?

34 thoughts on “Tragedy uncovered by the Kyiv Post: men have a hard time finding toys… er, women they like in Ukraine! Yuliya Popova investigates this shocking trend”