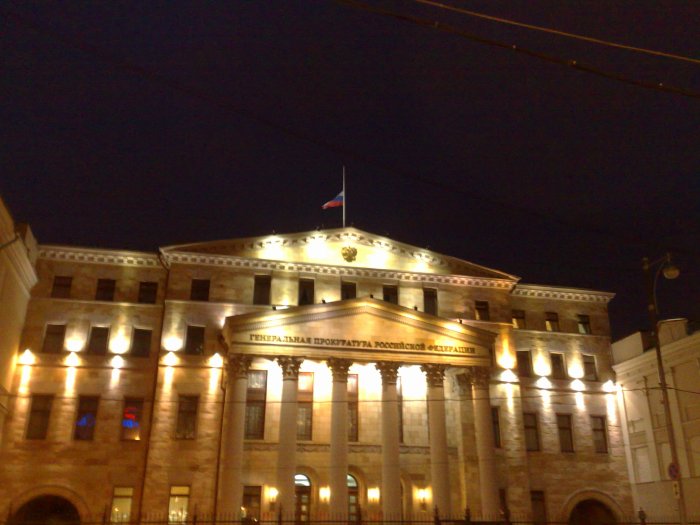 Captured by shitty phone camera, but captured nonetheless. This one is over the Prosecutor General’s Office.

I had quite a moment after taking this picture. I was walking with a friend and telling him a bunch of crap. “Life is so banal, I’m going to go drown myself in the Moscow River.” “But that would be banal as well!” Etc.

We parted ways by the metro, and I kept on walking home, right through the Red Square. It was the day after the metro bombings, the weather was good, but Red Square was comparatively quiet. My boots pounded the cobblestone, my back was killing me. A gaggle of children in matching outfits – the backs of their jackets said “Minsk” – briefly streamed all around me, giggling, darting back and forth like a school of fish. I was jealous of them.

My iPod was on random, and as I paused by the Mausoleum, Yann Tiersen’s “Summer 78” from the soundtrack to “Good Bye Lenin” started up suddenly.

And I thought, “Everything will be OK – and me along with it.”

Nick Cave can sing it better than I can ever say it:

And so it goes between us.