I’ve been reminded that for all of the blathering about sexxxay, sexxxay men that I engage in around here, I haven’t been providing my readers with a whole lot of practical ogling options. Well, Stephen Moyer is featured below, and now it’s time for a return to my fangirl roots, with a few notes on Mr. Wahlberg and Mr. McGregor.

Mark Wahlberg, formerly known as Marky Mark, of course, is a surprising success story. Few people believed that this guy could ever shed his former image. He was hot, sure, but nobody took him very seriously (possibly because he was so hot), and his career was mostly a sort of punchline to many, his talent vastly overlooked.

Well, haters, I invite you all to do as the doggie does – eat Mark’s shorts.

I remember walking out of “Three Kings” and going – “wow, you know, that man can really act.” My companions said something to the extent of “Marky Mark! *haw haw* Marky Mark!” I had to politely disagree (“Boogie Nights” had already come out by then, but it took me a few years to see it, I was still a kid). Or was it impolitely? I can’t remember. Anyway, I think that Mark Wahlberg is the perfect example of someone who gets trivialized because he’s just another “hot piece of ass” but, in reality, is great at what he does. The best of both worlds.

I can’t believe that there are still people out there who act shocked that Mark Wahlberg has already been nominated for an Oscar. It’s like they get up every morning, brush their teeth, feed the cat, flip on the news as they pour their cereal into the bowl and then go – “Wait a minute, MARK WAHLBERG was NOMINATED for an OSCAR?” It must be pretty tough, to have to face that, over and over again.

Now, Ewan McGregor, on the other hand, people take pretty seriously, especially in the States. Even the dreadful Star Wars 1 – 3 couldn’t really do anything to this man. I wonder if the fact that he has an accent has something to do with that. Or perhaps GQ (or was it Esquire?) got it right when they said that Ewan McGregor was more “ugly-pretty” – on one hand, he’s attractive, on the other hand, you’re still trying to figure out what’s so special about the man. I have a theory that people like McGregor simply don’t threaten the more male-dominated facets of the media as much. Although that theory tends to fall apart when you look at just how much time McGregor has spent naked on the screen. Considering that we are still trying to unpackage (*haw haw haw*) most of the discomfort surrounding full-on male nudity – seeing as female bodies are OK for consumption, but there is still something “shocking” about seeing male bodies this way (I could go on a long rant about sexist double standards here, but I will save it for another day) – people should be *terrified* of Ewan McGregor. They are not. Ewan McGregor appears to be made of hotness, brilliance, and teflon.

It must be noted that Ewan McGregor’s nude scenes did a lot for my development from a girl into a woman. Much more than any Judy Blume book ever could.

No matter how much I giggled over them, truth was, I was getting an education.

I was weirded out by the idea that it’s OK for women to run around nekkid on the screen, but not for men. Male nudity was what I really craved. I hated how there was a lot of nervousness about the whole thing, or how it was almost obligatory to refer to the male body as “funny-looking” or whatever. Ewan McGregor knew he had to provide for my needs, and the needs of millions of other women out there, and provide he did. I’m glad that he became angry when Sony Classics decided that his naked body, as featured in “Young Adam,” was not fit for viewing on American screens. It’s quite fit actually, love. 😉 And we wants MOAR!

I think the other reason why Ewan McGregor remains such a big star – why girls like me where able to grow up on him, and still have him in our celebrity drool matrix today, has to do with other issues of non-conformity. McGregor, for example, wears eyeliner just as well as his naked body. “Eyeliner,” you’re thinking, “what’s the big deal about eyeliner?”

Seeing that as a teenage girl, I became excited. As much as I like to adorn and decorate myself, I also rather enjoy it when men adorn and decorate themselves as well. Much like Cher from “Clueless,” I don’t think it’s particularly great that for so many years, men just weren’t asked to consider make-up and other fun trappings. Men still aren’t required to try as hard as women, and even though I think that we should all essentially try a little less since the beauty industry is out of control, I think the idea of a man adorning himself this way is pretty great. I’m a woman who’s into make-up, and I wish more men were into it. Because it’s hot and it’s fun to play around with that sort of thing. Being able to share something that you consider hot and fun with a man is nothing short of awesome. And McGregor does it so much better than Zac Efron (learn from the masters, Zac).

It’s getting cold around here, especially at night. Soon, we are going to an even colder place – the place of my birth, where there is snow, and prowling skinheads, and a purring kitteh on the window, and rose-patterned bedsheets, and my mother and wonderful aunts and grandmothers. I’m in the mood for mulled wine and lots and lots of beautiful people, specifically, beautiful older women.

END_OF_DOCUMENT_TOKEN_TO_BE_REPLACED

On most weeks, one of the most popular posts on this blog is the Beautiful Women post. It was by no means meant to be exhaustive, but I had fun putting it together and reading the different responses. I might do Beautiful Women Part Two in the future, but until then, I’d like to focus on the menz.

I am putting up some of my own ideals of male beauty, and would like you to offer your own thoughts and suggestions on the subject (or else just trash my taste). As usual, such photographic quests are often restricted to pictures of celebrities, so if you’ve got a non-celebrity to contribute, it would make the entire experience even better. 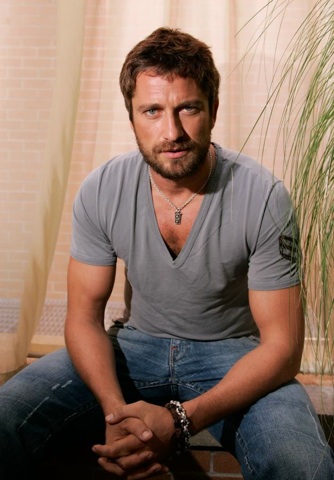 That’s it for now. I am all gorgeoused-out. How about you?